The ‘Un[processed]’ pieces are conscious reflections around established norms. They mirror the aggressive intervention of man on nature and the general deterioration due to the effect of uncontrollable industrialisation. The maker- designer is a victim of the tragic circumstances that he inevitably is party to, since it is almost impossible to create, without altering or destroying elements of nature.
The solid and realistic assemblages, were born through a dystopian environment forming a spatial relationship, exhibiting a scene of violence. The inox pipe literally rapes the raw and unprocessed marble. This collision highlights the strong antitheses between man and nature, geometrical and organic forms, mass production and naturally occurring configurations.
The inox symbolizes industry, technology and alienation. It is the material used in the production of weaponry and sophisticated, modern machinery. It indicates brute force and strength, immortality and utter perfection, it cannot be destroyed and it never disappoints. These are the ideals of a modern industrialised society. In contrast to this, the unprocessed mass of rock represents nature and eternity. It expresses archetypal emotion and the strength of nature which formed it. The rock is still ‘alive’ as it continues to change, to transform. It has no finalised form, it breaks and crumbles even as it is being handled and transported. Perishability and loss are both in the nature of the rock, as it is enveloped in a poetic weakness.
The origin of the materials is also contradictory. On the one hand the inox and the LED mechanisms are industrialized products, while on the other, remnants of marble masses were selected from the abandoned mines of Tinos.
At the end of the object’s life all its parts are disassembled easily and can then be reused. The rock can be returned to us or its original site following the coordinates etched on the pipe.
The pieces created are not “eco”, they don’t suggest solutions nor do they solve the issues that they wish to raise awareness about. Their aim is to activate the reevaluation of the established methods of production. 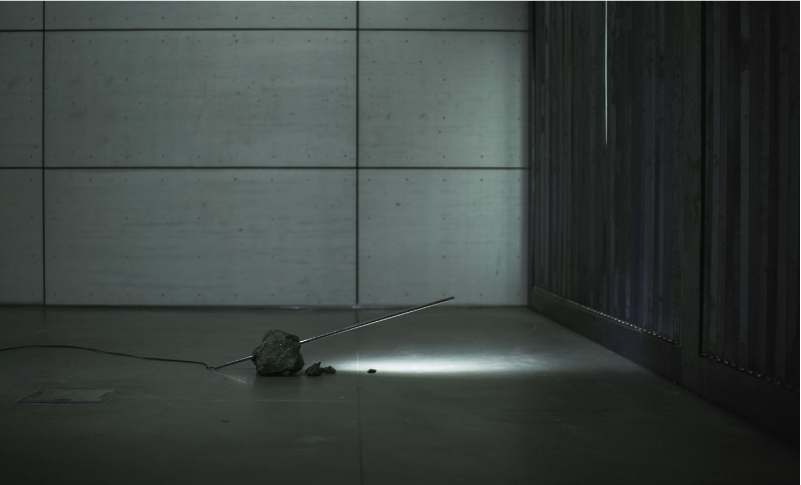 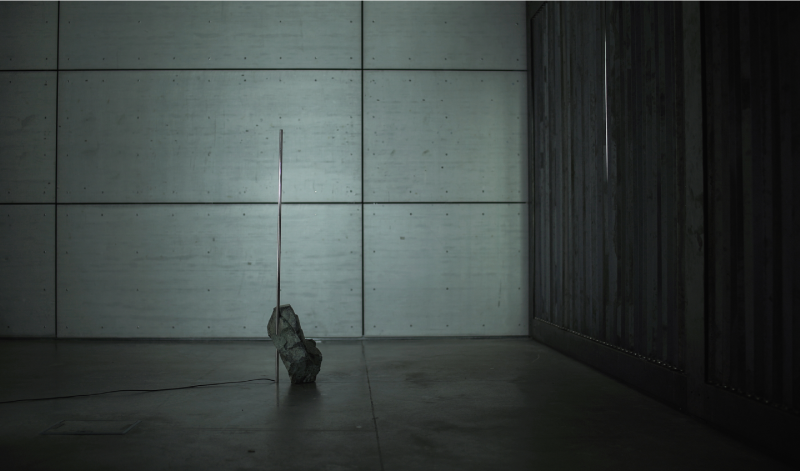 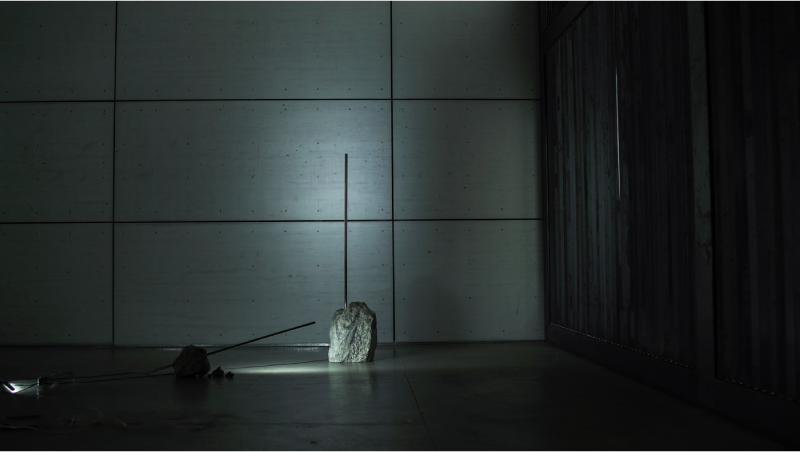 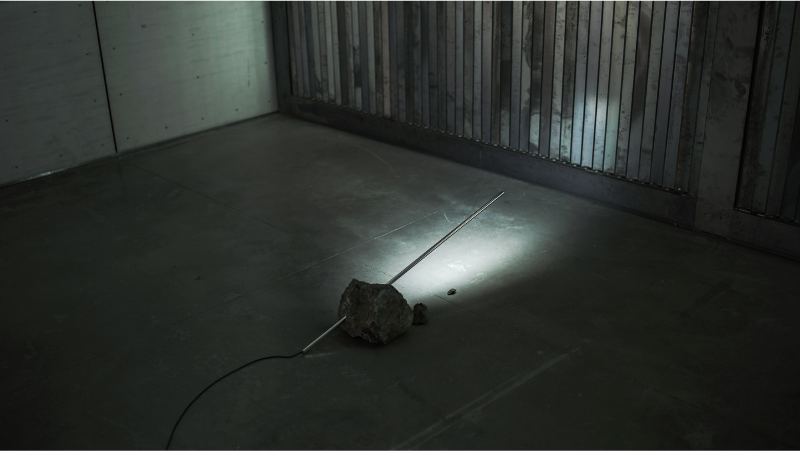 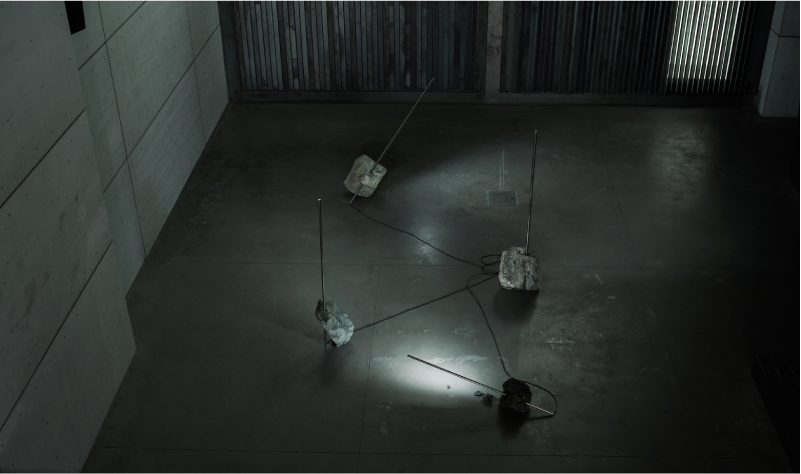 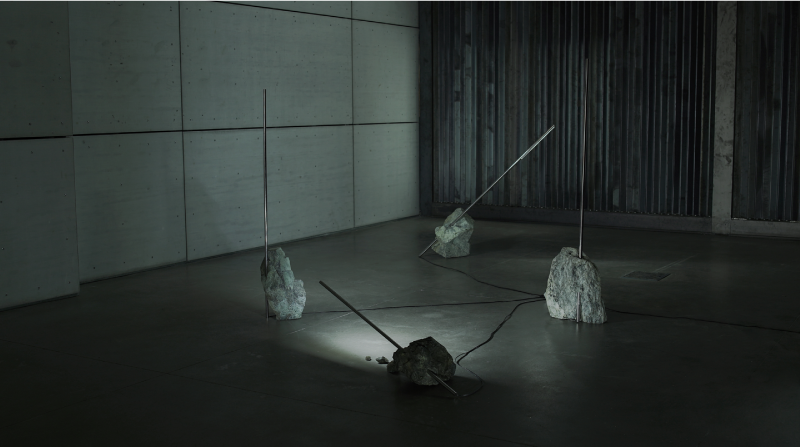 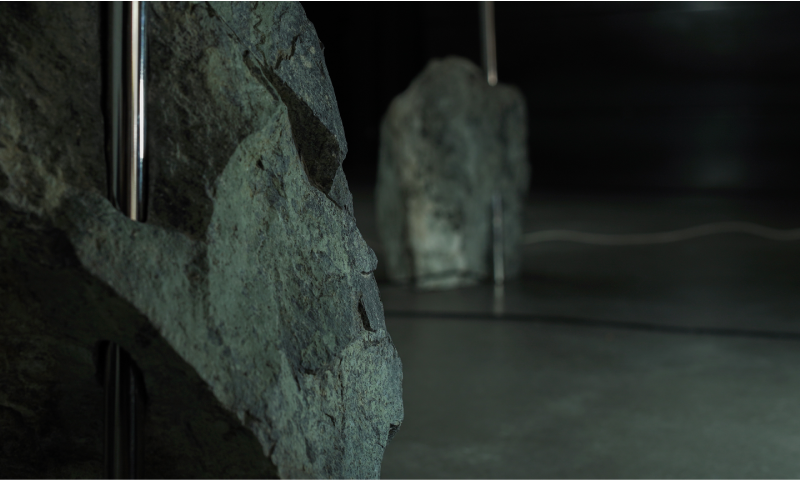 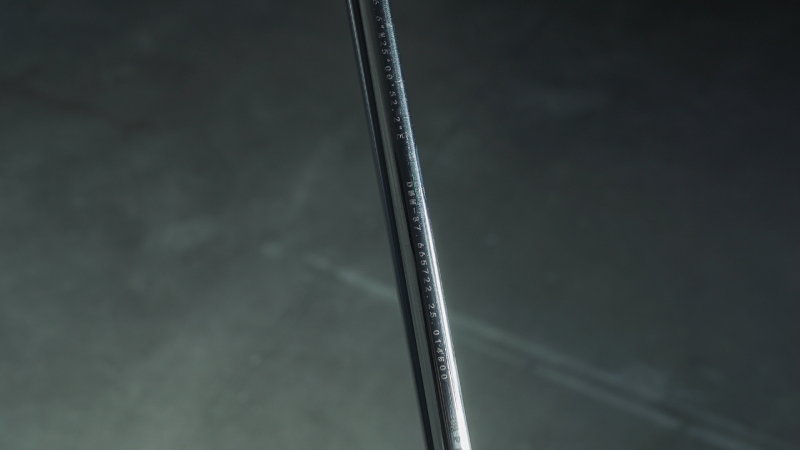