Speciesism – like sexism, racism, and other forms of discrimination – is an oppressive belief system in which those with power draw boundaries to justify using or excluding their fellow beings who are less powerful. A human-supremacist line of “reasoning” is used to defend treating other living, feeling beings like research tools, fabric, toys, or even food ingredients – even though they share our capacity for pain, hunger, fear, thirst, love, joy, and loneliness and have as much interest in freedom and staying alive as humans do.
This abundance, characterising modern western civilization, has been traditionally founded on the subjection and vassalage of other beings. The exploitation of animals and humans (assuming its cruelest form in slavery), both of which still survive today, serve as illustruous examples. As Baudrillard stresses, We have made of them [that is, of animals] a racially inferior world, no longer even worthy of our justice, but only of our affection and social charity, no longer worthy of punishment and of death, but only of experimentation and extermination.’
Given this theoretical framework, the project consists of three chapters: The factory/The Vault/The slaughterhouse, regarding animal abuse, visually translated into three objects. The visual representations of these objects and the gesturing in which they invite, formulate an imitation of the processes of human cruelty against animals. The pieces were presented at Ruins of an Extreme Present Exhibition at Romantso Space. 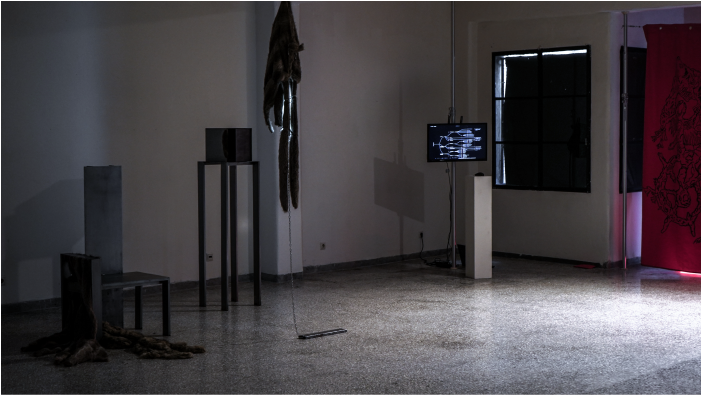 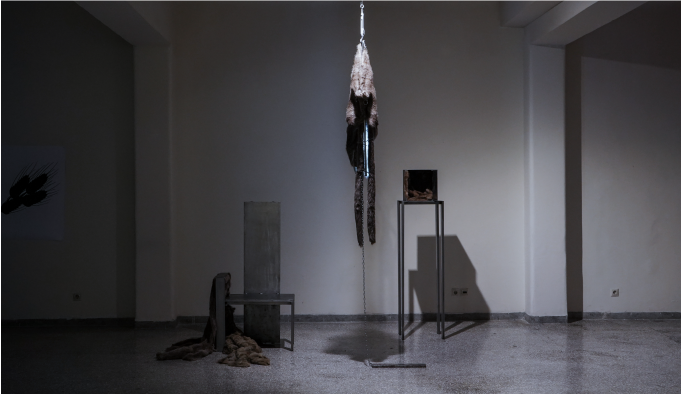 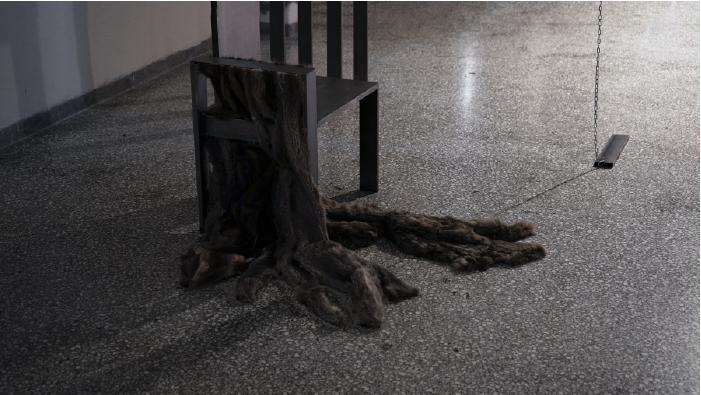 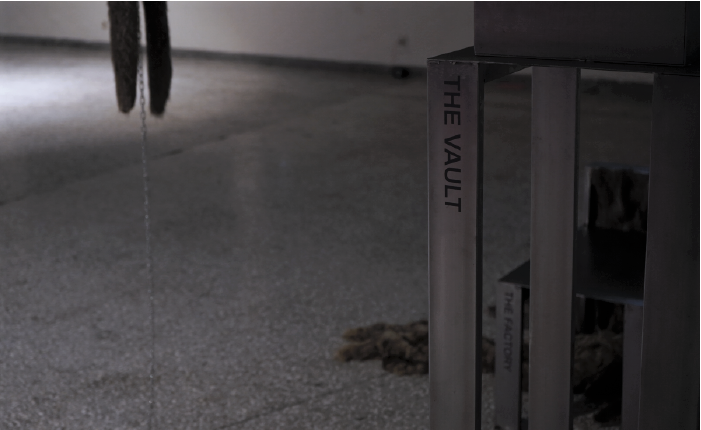